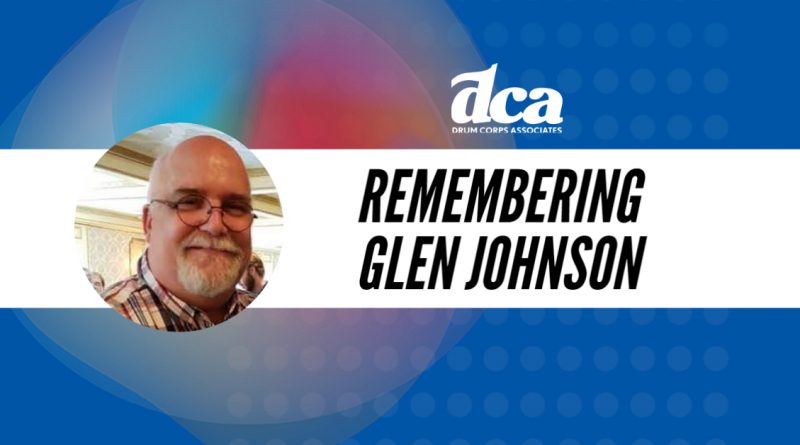 Glen was a dear friend, committed to the cause, and well respected within the DCA community. Glen was passionate about what he believed in and deeply cared about the people around him. Glen’s whole life was dedicated to serving the betterment of others which was exemplified in his love and passion for the drum corps activity.

Glen spent many years in the New York Skyliners Drum and Bugle Corps as a marching member and in later years as Director. In 2003 he became part of DCA under Gil Silva’s tenure as president and part of Allen Buell’s tenure. Glen held the positions of Secretary and later Vice President up until his final year
in 2018.

During his years in DCA, Glen was an advocate for growth within the circuit. He was also considered an expert of the DCA bylaws and rules always having the book ready for a conversation. After he stepped away from the DCA administration, Glen spent a year as business manager with Fusion Core. Glen’s generosity and kindness is remembered by Holly Marino, Fusion Core Director, as he made a contribution to a member who could not afford the tuition on their own.

He found a way to be involved in the political arena and has been known to have some heated discussions with friends. Glen most recently entertained us with his recordings on Facebook as he loved feeding the wildlife around his house. He had a love for little animals and wanted to make sure they were fed and taken care of and he shared this with all of us.

Whatever Glen did, he did it with passion. His warm and fuzzy personality would always prevail. He was sometimes tough, but he cared for drum corps, his family, and the world he lived in.

Thank you for everything, Glen Johnson – you will be missed.

Rest in Peace, our friend.