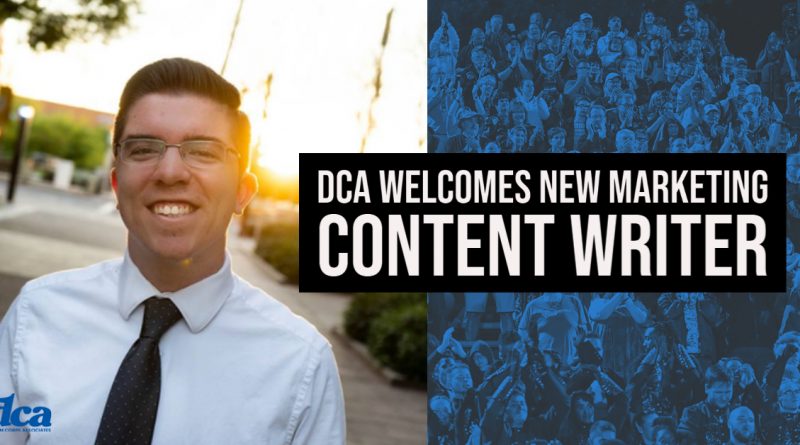 Drum Corps Associates is excited and pleased to announce that Jeff Griffith has been added to the staff of DCA for 2021 season. Jeff’s title will be Marketing Content Writer and he will be writing content to build excitement surrounding DCA and its corps in this summer’s virtual season. The content itself will likely cover several various topics and styles, but it will all be focused on generating excitement around everything DCA has in store.

Even though he never marched in a drum corps, Jeff first was introduced to the activity at J.Birney Crum Stadium in 2009 by his parents who were both long-time members of the music industry. Jeff left the stadium that night having been truly hooked. As a junior in high school, Jeff voluntarily left his high school marching band program as he was afforded a once-in-a-lifetime opportunity to work as a reporter covering high school and college basketball in Philadelphia. He knew that this job opportunity could kick start what he hoped at the time would be a career in sports journalism. That job set him up with the experience to earn a position with Arizona State University’s student newspaper as a freshmen, where he met a former Drum Corps International intern who connected him to DCI’s internship program. This all came full circle when he was offered a position of communications intern at DCI and eventually parlayed that into a full-time role. Jeff heavily considered auditioning for The Academy while in Arizona and likely would have done so if he had not been offered the internship with DCI.

Jeff’s first role as an intern with DCI was largely that of a writer of all kinds, whether it be news, competitive analysis, feature storytelling, etc. In 2018, Jeff returned that summer and was also given a few added responsibilities on social media and as an on-camera personality, recapping competitive events. Ultimately, he was offered and started a full-time position of content marketing specialist in May of 2019. This new position included everything from writing, to social media, graphic designs, website management, on-camera work, and more. Jeff held that position until the shutdown began last March and still volunteers where he can.

Jeff is a percussionist as well, does a bit of piano and vocals and arranges music in his spare time. He comes from a very musical family, including two former music education majors and a music therapist, so music is involved in all areas of his life. Jeff’s favorite drum corps shows of all time are “Metamorph” by the 2017 Blue Devils, “The Grass is Always Greener” by 2009 Carolina Crown” and “Cabaret Voltaire” by the 2012 Blue Devils. He is currently working full time as a marketing coordinator for a process instrumentation company called George E. Booth Co.Inc. in Indianapolis where he lives. he also works part time in social media and content creation for Pacific Crest Drum & Bugle Corps and Jersey Surf Drum &amp; Bugle Corps. Jeff loves sports, especially college basketball (Syracuse) and also NFL football (Arizona Cardinals). In his spare time, he loves taking walks and aimlessly exploring different places, especially his current home city. He also loves graphic designing, whether for professional means or as a personal outlet. Also add in arranging and writing music!

Jeff thinks the current pandemic is going to have positive and negative impacts on almost everything we do, drum corps and otherwise. He thinks what makes drum corps special is how much everyone involved in it simply loves it, enough to give up their summer weekends and devote so much of their time and resources, not just to make it run but to make it great! He has a hard time believing that kind of passion will ever willingly fade or be snuffed out. Jeff&#39;s message to the fans is simple: “I live and breathe this activity and I hope that love and passion will shine through in the content I create!”

Drum Corps Associates welcomes Jeff aboard and best of luck in his new position.