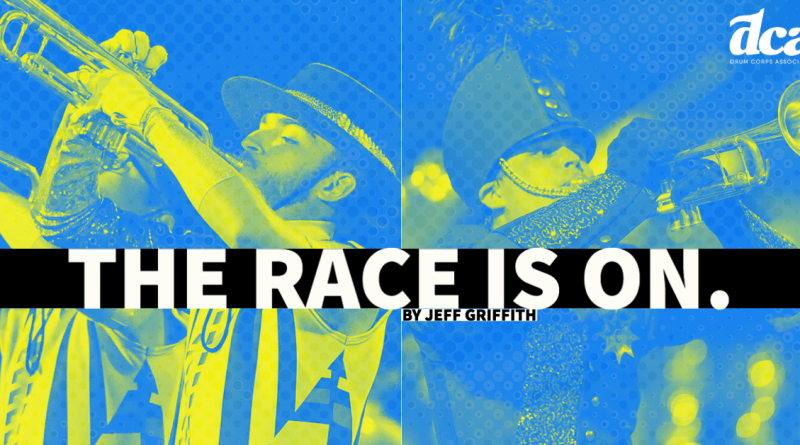 The race is on.

The DCA Championships are just around the corner, and the chase for first-place honors, top-three finishes and more is red-hot.

With seven weeks of competition in the books and one more to go before the season-ending championship event takes full focus, here are the key competitive storylines to follow down the stretch:

1.) Neck-and-Neck at the Top: Throughout most of the 2021 season, it’s been a two-horse race to the finish line for top prize, and it’s been a dead heat. Those two corps? Hawthorne Caballeros — celebrating their 75th anniversary this year — and Atlanta CV.

The pair has met on four different occasions out of the six weeks so far this season, going head to head in weeks one, three, four and five. Hawthorne finished on top in each of those matchups, but the margins each time have been razor-thin, with an average of just under a point.

Things got much closer than they’d ever been, though, at the most recent matchup of the two leading corps. With top scores of 86.150 and 86.000, Caballeros and Atlanta CV led the pack in Week Five and entered the home stretch nearly deadlocked. At Week 5’s event, Caballeros’ advantages came in the Effect and Visual captions, while Atlanta CV held a narrow lead in Music.

2.) Top Three on the Line: If the last couple of weeks are any indicator, there’s another close race brewing for a top-three finish.

Week 6 Scores in the low 80s earned Fusion Core (83.650) and Bushwackers (82.900) the current third and fourth place positions in the season’s overall “standings.” The 0.75 points that separated the two in Week 6 was significantly closer than 1.95, which was Fusion Core’s lead over Bushwackers back in Week 4.

At the recent Week 6 meeting, Bushwackers’ Music scores were an advantage, while Fusion Core led by decent margins in Effect and Visual captions.

3.) Closes Races Down the Recap: As evidenced by rail-thin scores in Week 6, Cincinnati Tradition and White Sabers are another pair of corps to keep an eye on entering the DCA Championships competitively speaking.

At last week’s competition, Cincinnati Tradition owned a lead of 0.55 over White Sabers, effectively jumping ahead after having trailed the Western New York corps by 0.7 in Week 4.

In their three meetings this season, Cincinnati Tradition holds two head-to-head wins. Most recently, it was the corps’ impressive first-place marks in the Music caption out of a field of five Open Class corps that stood out and helped create the advantage over White Sabers.

Following Week 7 of action on Sunday, August 29, the focus will shift toward DCA Championships. Action will be available live on Saturday and Sunday of the first weekend of September, featuring mini and alumni corps performances, as well as Open and ‘A’ Class competition.