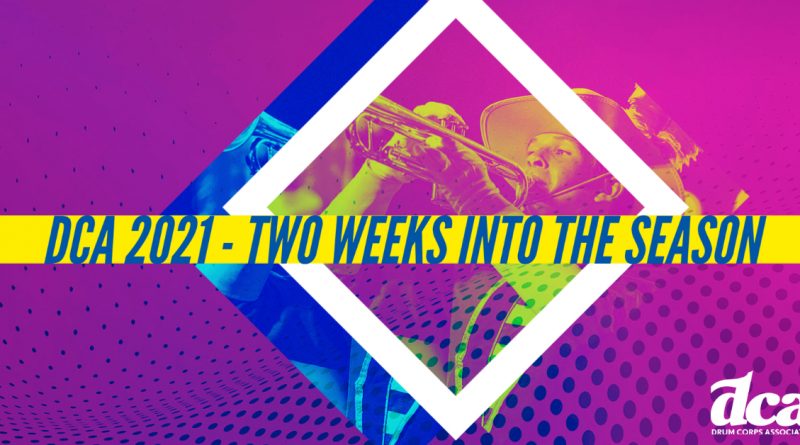 Drum Corps Associates’ 2021 virtual season is only two weeks in, and has already been red-hot in regards to competition.

Let’s pause for a second, though. For the first time in two years, we’re able to dive into drum corps recaps and analyze caption scores.

Isn’t that an incredible feeling?

Competitive trends are one of the many exciting features of DCA’s virtual summer season. With six weeks of events left on the schedule, there’s sure to be a wide array of competitive storylines, all culminating with the DCA World Championships the weekend of September 5.

Haven’t had a chance to follow the competitive action yet? Fans can still subscribe to the entire season of DCA action at dcacorps.org/watchdca.

If the season’s first two weeks have been any indicator, the remaining six will be entertaining both on the field and in the scoring recaps.

Here are a few key competitive notes as the calendar transitions to August:

But if scores aren’t enough competition to follow, this year also offers fans the opportunity to participate in the action with the Fan Favorite voting; Week One’s Fan Favorite title went White Sabers with just over a third of the vote.

Fans can tune in to the Wednesday night rebroadcast of Week Two action to hear the winner, and can participate in future weeks of Fan Favorite selection by subscribing to the summer package.