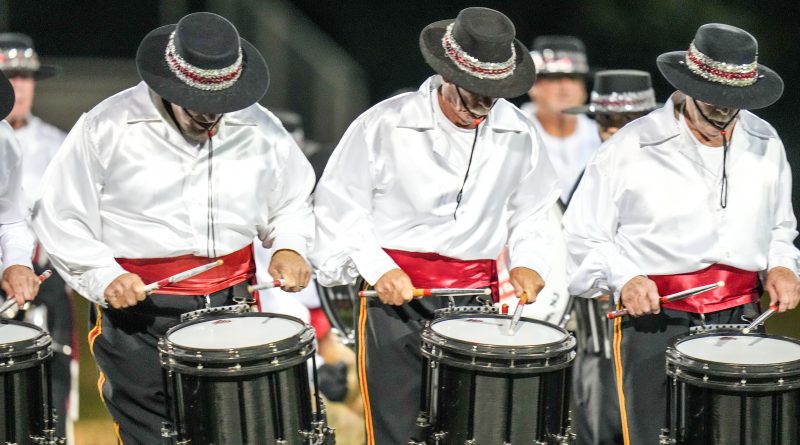 Past met present Sunday morning at the Rochester Community Sports Complex, as an entertaining group of alumni corps from various organizations brought sunshine to a cloudy day in upstate New York for DCA’s Alumni Spectacular.

The Alumni Spectacular event, which featured seven performing ensembles in total, took place as part of the 2022 DCA World Championships, which have taken over the city of Rochester throughout Labor Day weekend.

“It’s a blast,” Skyliners Alumni drum major Brad Coleman said. “We always have fun when we go out to this event. It’s an exhibition and we just play to the people, so it’s always great to be a part of. This is what we work towards.”

One of the more unique aspects of DCA’s championship weekend, the Alumni Spectacular was an exhibition event. More than anything, it allowed former members of drum corps to re-engage with their passions, their fellow performers, their instruments, and of course, the DCA audience.

“It’s just so nice to see all the people, all the drum corps, all the friends you meet over the years,” Freelancers Alumni director Paul Zimny said. “It’s just the camaraderie of the whole thing, it makes it great.”

Alumni corps made the most of their opportunity to perform on the DCA stage, bringing to life a variety of their own individual corps’ historical “staple” pieces of music, as well as many recognizable and hummable charts. Sunday’s total list of performing corps included Freelancers Alumni, Mighty St. Joe’s, Tri-Valley Brass, Skyliners Alumni, Hamburg Kingsmen and Caballeros Alumni.

Fresh off of a second-place finish in Friday’s Mini-Corps competition, Freelancers Alumni — often a crowd favorite — kicked off Sunday’s event and reeled in the Rochester audience with the music of Michael Jackson, Chick Correa and more.

“That was huge,” Coleman said of the current Skyliners’ support. “It’s absolutely huge that they were out here to support us. We led the way for them, and we’re so happy that they’re still around.”