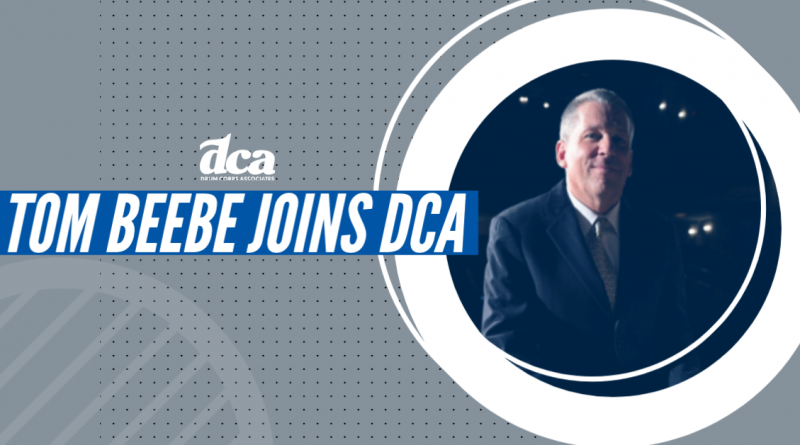 Drum Corps Associates President John Carr recently announced the appointment of Mr. Tom Beebe to the DCA staff. Tom will assume the role of chairperson for the I&E, Mini Corps, and Alumni Spectacular over DCA Championship weekend in 2022. Tom will be taking over for Dick Fischette who will remain DCA Vice President.

Tom has a marching history that includes five different championships over four different decades, in three different idioms. His marching career began in 1972, when he marched with the Bonsall Blues Military Marching Band and the Pitman Hobos. As a member of the Crossmen Drum and Bugle Corps, Tom won an Eastern States Championship and performed in the Drum Corps International Finals in 1980. He went on to win an Atlantic Coast Championship as the Percussion Arranger and instructor with the Hammonton High School Marching Band in 1983. He earned another Atlantic Coast Championship with Governor Livingston High School in 2012.

After graduating from West Chester University, Tom began a career in music education that has now spanned over 37 years. Currently he serves as a music teacher for the Newark New Jersey Public School District. Most days he can be found at the William McKinley Elementary School teaching everything from Bach and Beethoven to the ” Itsy Bitsy Spider,” and much much more.In 1990 he returned to Junior Drum Corps as the founding pit arranger and instructor with the Jersey Surf. Together they won the Garden State Circuit Championship in 1992. When the Surf moved to the world class level, Tom served as the Education Coordinator for the Surf Organization in 2007.

Beginning in 1996 Tom has been a very active adjudicator and announcer for the National Judges Association as well as Tournament of Bands and Tournament Indoor. Now in his twenty-sixth year, ” The Voice ” serves as the Master of Ceremonies for the Atlantic Coast Championships for Marching Bands, and The ALL Chapter Championship Weekend in Wildwood, New Jersey.. He has announced at the New Jersey State Marching Band Championships, the TIA Jazz Championships, and other specialty events throughout the years.He has also served as the NJA Scholarship Chair for ten years from 1999 until 2009.

In 1997, Tom began judging with DCA , and continued in that capacity for the next seven years.By 2003 Tom accepted the position as “Pit Technician ” with the Hawthorne Caballeros and that same year earned the DCA ALL Age Drum & Bugle Corps Championship. He held that position through the 2006 season as well as writer and instructor for the pit ensemble. By 2009 he earned the position of Pit Ensemble Coordinator. In 2010, he joined the Administration team ans has served in that capacity until 2017.

In 2017 Tom accepted the position of Assistant Corps Director of the Long Island Sunrisers. His duties included assisting in the day to day operations of the corps, rehearsal scheduling, and show creation. He continued in that role through 2020. Since 1990, Tom has been working very steadily as an announcer He has announced for DCA, DCI, and WGI, as well as several high school marching events all throughout the Eastern United States. Also, he is registered to announce with the International Boxing Federation in New York City. In 2009, Tom created the Tournament of Bands All Star Marching Band. This unit consists of two hundred plus high school students from nine states. They come together each year to perform in the Philadelphia Thanksgiving Parade. On June 11, 2017, Tom was inducted into the National Judges Association Hall of Fame.

Drum Corps Associates is pleased and excited to welcome Mr. Tom Beebe to the staff of DCA and wishes him success in his new position. Drum corps fans, tickets for the 2022 DCA Championships are now on sale as we now return to Rochester, New York over Labor Day weekend. Go to the DCA web site, www.dcacorps.org for more information.