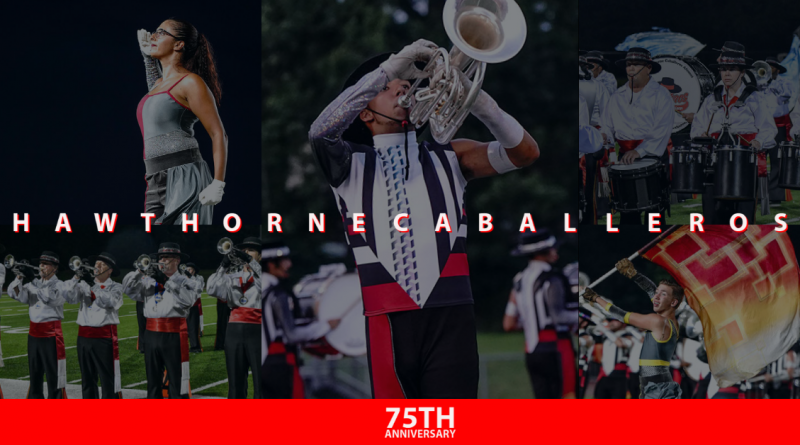 On behalf of Drum Corps Associates and the entire DCA family of drum corps, it is my distinct pleasure and honor to offer my heartfelt congratulations to the Hawthorne Caballeros Drum & Bugle Corps for 75 years of providing excellence, excitement and entertainment for drum corps fans all over the world. As you are aware, not only do I write as the President of DCA but also as one who is from three generations who wore the sombrero proudly: my dad Thomas Carr, who marched 1958-1972, my brother Tommy, who marched 1985-92, and my nephew Noah, who marched in 2016.

Seventy Five years of success is no accident. It requires hard work, perseverance, learning, practicing, and sacrificing, all of which describe what it means to be a proud member of the Hawthorne Caballeros. No other drum corps in the history of drum & bugle corps can compete with the long honored and championed history of the Hawthorne Caballeros Drum & Bugle Corps. Every time I look into the trophy case at the American Legion Post 199, I am in awe, and I am reminded of the proud accomplishments achieved by the Hawthorne Caballeros over these past 75 years. Thousands of fans have been entertained and inspired by your commitment to and your participation in the world of drum corps.

I’m sure the entire drum corps community joins me in wishing you continued success. We look forward to being entertained for another 75 years by the world famous, Hawthorne Caballeros Drum & Bugle Corps. Again, we say, Congratulations!