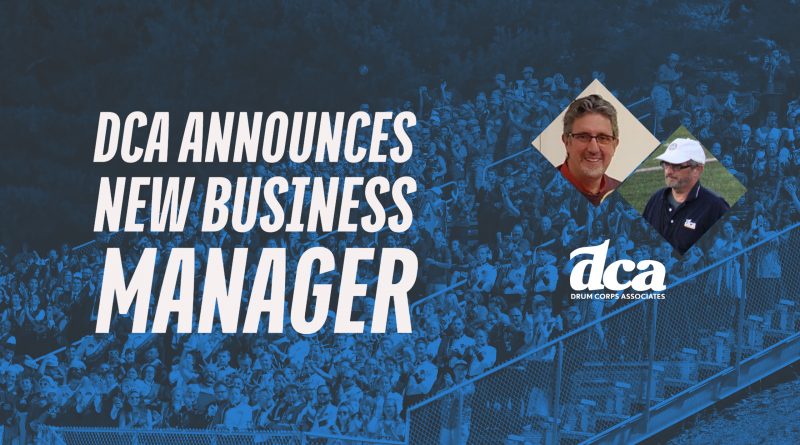 Drum Corps Associates is excited and pleased to announce that Larry Carbonell has assumed the position of Business Manager replacing Dick Eschenmann who has stepped down from that position. Larry will be training along side of Dick and will be taking over in the near future.

Larry has an extensive background in the drum corps activity beginning in 1969 playing tenor with the Stafford Crusaders before moving to the snare line from 1970 to 1975. In 1975 he went to the Enfield Centurions playing snare drum. He then was in the Keesler AFB Blue Knights Drum and Bugle Corps from Biloxi, Mississippi in 1980 where he played and wrote for percussion. In 1999 through 2001 Larry served as Percussion Arranger and Instructor for the Wind Gap Blue Eagles. His DCA experience started in 2000 as he marched with the New York Skyliners  in the soprano section along side his wife Stephanie. From 2002 through 2006 Larry joined the Sunrisers as Brass Caption Head in 2002-2004, and Program Consultant for 2005 and 2006.

2007 saw Larry joining Fusion Core as a Brass Instructor before returning back to the Enfield Centurions as Brass Caption Head and Assistant Director from 2011-2012. In 2013, Larry was named Corps Director of the Skyliners while wife Stephanie served as Assistant Director. Larry marched with the corps from 2014 through 2017, while Stephanie was the Assistant Drum Major for the corps. Their sons Logan and Connor marched in the Honor Guard section in 2014 to make it a real family affair. Stephanie and Connor marched with Fusion Core in 2019 also.   Besides his vast drum corps experience, Larry has many years of being involved in the business industry which will help in his new position in DCA. He has been in IT most of his business career and understands technology and how it can help in his new role at DCA. He also has run two businesses, one in IT ( 1995-2000 ) and the other as a Health and Wellness Coach from 2017 to the present. Larry has no plans to do anything different in his new role except to utilize technology to make things more efficient. In his spare time Larry and Stephanie like to go camping and traveling. Larry also loves old record players and records. He also is currently studying to get his HAM Radio license as well.

For the first time in almost two decades, the Business Manager of DCA will be an individual who has the experience of once having been the Director of a DCA corps. Larry is looking forward on being part of the DCA family as we move forward during these trying times. Drum Corps Associates wishes Larry Carbonell the best of luck and success as Business Manager for DCA.

In 2004 through 2020, he transitioned to the position of DCA Championship Contest Chairman. From 2001-2004 he acted as Class A Coordinator and in 2004 through 2020 served as Business Manager for DCA. Dick also served as a DCA Tabulator from 2004-2007, and as a Chief Judge from 2008-2017. Dick is remaining with DCA and will continue in his position as Championship Contest Chairman. During his thirty years of working Championships as a volunteer and then Contest Chairperson he worked Championship shows in Scranton, Allentown, Rochester, Syracuse, Annapolis, then back to Rochester, and last year in Williamsport.

Dick Eschenmann has been a part of DCA for over thirty years in different roles and has proven to be a valuable in each of his roles. Drum Corps Associates thanks Dick for his service and continued role as Championship Contest Chairman.