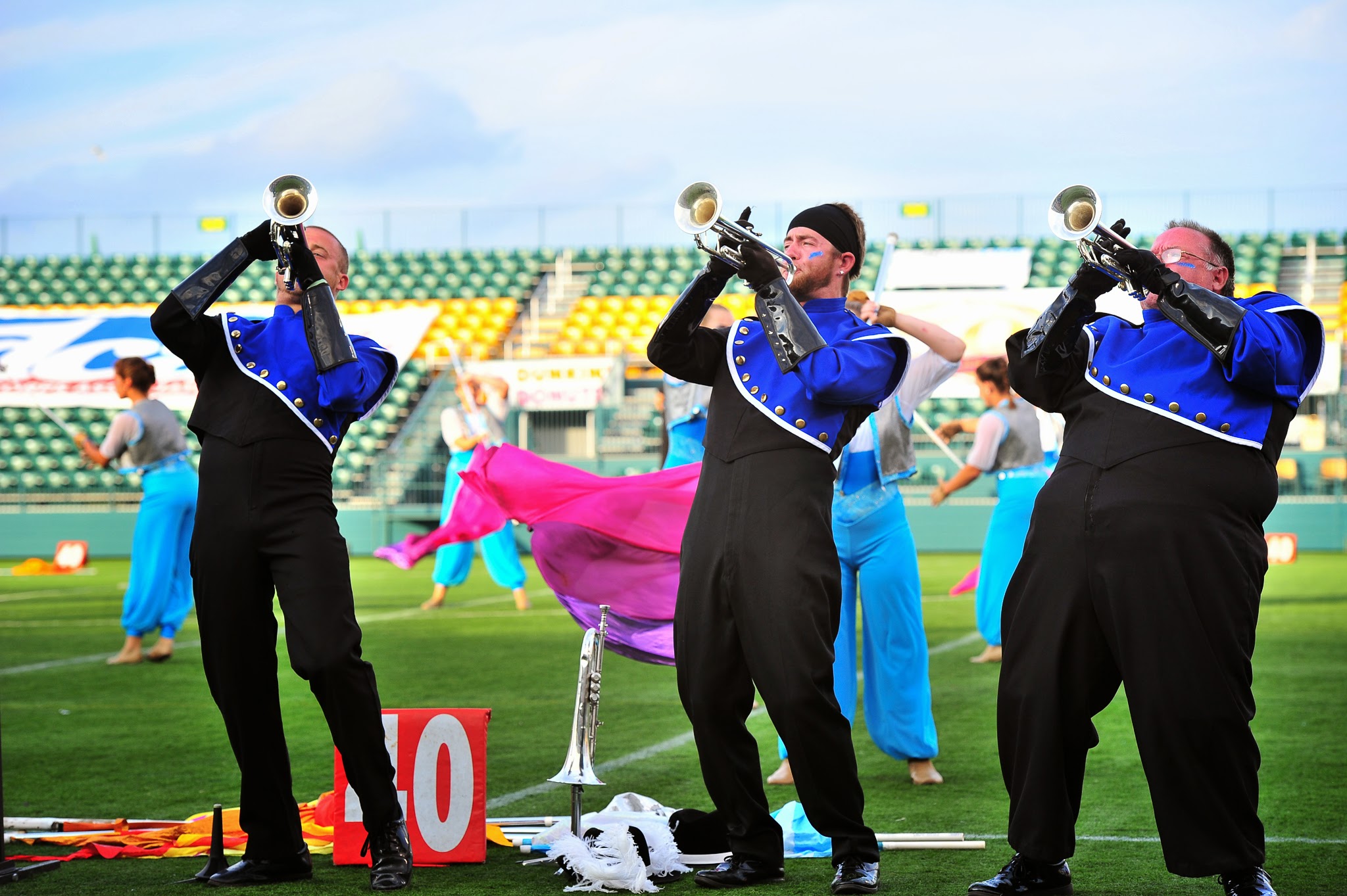 “We are humbled” were the first words uttered from director Leslie Amico during our interview. It seemed to be a consistent thread throughout the conversation and is the heart and soul of this drum corps.

The White Sabers were actually formed back in 1928 but went inactive until 1994 when the town of Dansville, NY was celebrating their centennial and wanted the White Sabers to be a part of this event.  A small group of alumni, including Amico’s husband and President of the corps, Pete, were able to gather about 200 participants for that event and the drum corps was reborn. The next several years they did just parades until when in 2004, the husband and wife duo, along with the staff and administration, decided they wanted to try and compete on the field as a DCA Class A corps. From there they have never given up and never looked back.

There is no secret to their success. Just determination and focus each and every year to be the best they can be. They charge no dues (rely on a local bingo) and they rarely take buses to shows (mostly depend on parents and staff for transporting the corps). This corps is built on grass roots principles that rely on family values and dedicated staff.  Amico said their goal is not to try and compete with the larger Open Class corps in the area, but she believes members return because they believe in the program and its values. “In 2012, our goal was to place in the Top 4 and make it into the night show, which we accomplished, and the goal for 2013 was to go for the Gold”, said Amico.   “We recruited good staff and worked hard.” Amico said that the members and staff are the hardest group of people she has ever been associated with. She is still in awe. “There were a lot of tears after that finals performance,” says Amico. “Winning the Class A Championship was a dream come true.” The corps also got a phone call and a certificate of recognition from the governor.

So now it’s time to regroup for the 2014 season and their goal is to field a full 65 member Class A corps and repeat/defend their title.  If you are interested in checking out the White Sabers, they will be hosting an open house on Sunday, December 1st from 9am until 2pm at the Livingston County Highway Department in Mount Morris, NY and their website at www.whitesabers.org. Best of luck to the White Sabers in 2014!!