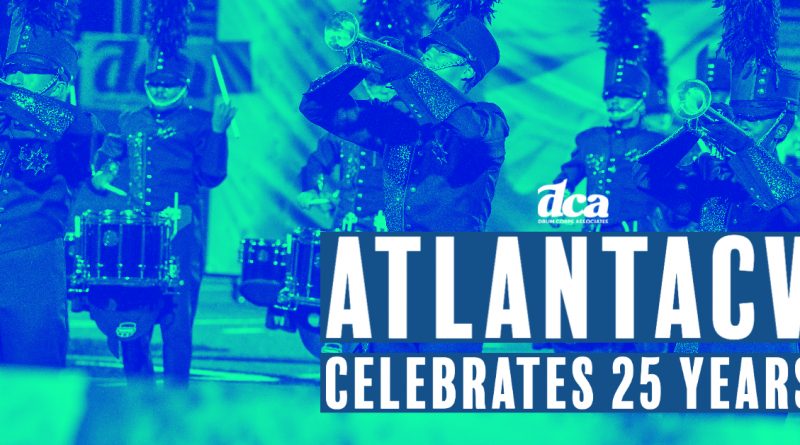 Note from the Author: This article has been updated from its original form to reflect a more accurate context of Atlanta CV’s 25th Anniversary season.

For Atlanta CV, memories are counted in stars.

Each year, as director Russ Thompson described, members are provided with a commemorative, decorative star for their uniform following their first performance with Atlanta CV.

“It’s my understanding that one of the first uniforms was a shirt with just a badge on it,” Thompson said. “And from that badge came the star on Atlanta CV’s uniform, which is now a significant part of signifying membership.”

As part of the corps’ 25th anniversary celebration, stars — and the meaning behind them — are as important as ever to the corps in 2022.

Following its second performance of the season, Atlanta CV commemorated its 25th anniversary with the return of its annual star ceremony. The corps also held a history night, with presentations from key leaders in the organization, to help participants contextualize and celebrate the full meaning of the corps’ anniversary season.

“We have a good percentage of members this year that have marched the last few previous years,” Thompson said. “They’re leading the charge in terms of trying to connect with the newer members that are on board this year, for the first time.”

As was the case for many drum corps organizations, the shutdown and rebuilding years of 2020 and 2021 provided plenty of uncertainty regarding the future of the activity. With a key anniversary on the horizon, many of those concerns were heightened for Atlanta CV.

“25th is a pretty big deal,” Thompson said. “And even more so this year, considering the last couple of years, with how much uncertainty there was within the activity in terms of coming back out of the pandemic.”

In the vein of paying homage to the corps’ history, Thompson also made a point to specifically thank and honor the work of former corps director and original executive director Dave Stolberg, who retired in 2020.

“(Stolberg) has been instrumental in ensuring the long-term sustainability of CV,” Thompson said. “We’re grateful for his willingness to help bridge the gap between what CV has been for the last several years and to what we’re moving into next.”

Thanks to the work of new organizational leadership and a proactive board of directors, alongside the full DCA and drum corps community, the corps powered through to the other side in resounding fashion, making the return to in-person and hybrid competition this summer. Atlanta CV’s 25th anniversary season will wrap up with a highly-anticipated appearance at the 2022 DCA Championships in Rochester.

Ultimately, with that in mind, as Thompson put it, 2022 isn’t just about 25 years of memories. It’s about two-plus years of hard work to fully return to the field. And furthermore, having accomplished that return, it’s about the many years — and many, many stars — yet to come.

“This 25th in a big picture sense is huge,” he said. “25 years is outstanding, and we’re definitely celebrating our past… but it’s about building the next 25 chapters, or how many chapters we have.”