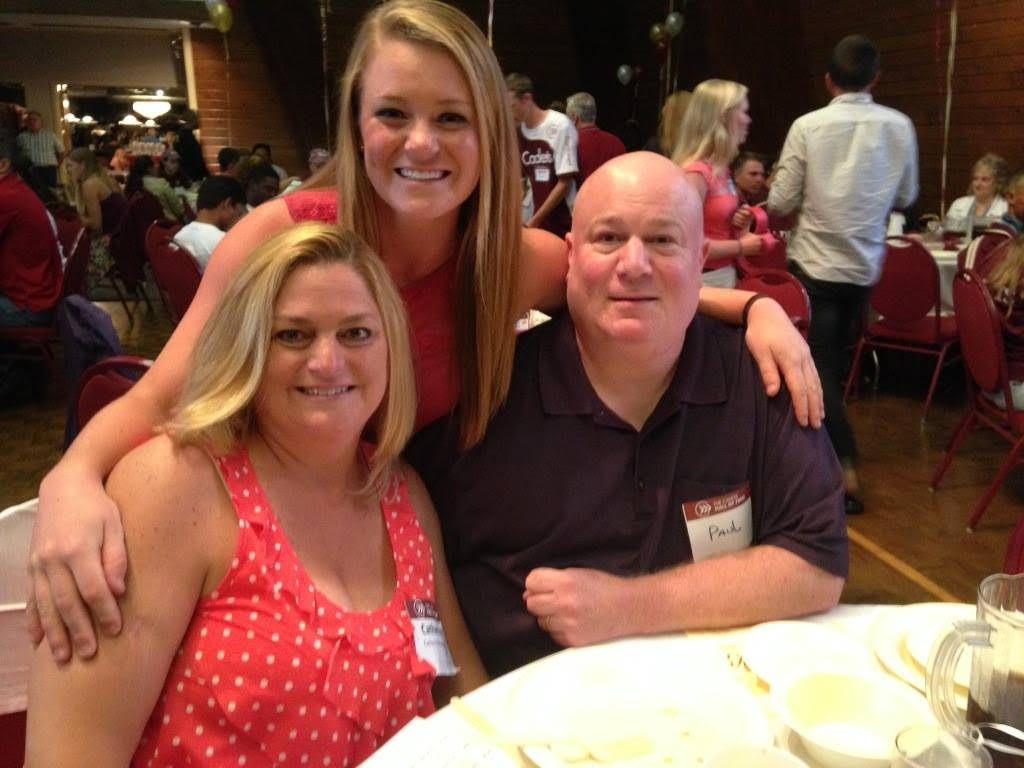 They say that “Variety is the spice of life”, and the Beaumont family from the Sunrisers have had all the necessary ingredients in place to add to their drum corps credentials. Paul, Cathy, and Lindsay have close to forty years of combined drum corps experience going into the 2016 season.

Paul started his drum corps journey with the Long Island Kingsmen in 1979 then moved to the 27th Lancers in 1981 until 1983. His DCA experience started in 1986 with the Bushwackers until 1988. While there, Bush won the DCA World Championship in 1986 and 1988. Paul then moved on to several other corps along the way before joining the Sunrisers in 2015. Paul is a very accomplished trumpet player and was a member of the Syracuse Brigadier horn line that won High Horns in 2004 at DCA finals, and the Bushwackers horn line in 2006 that won High Horns at DCA finals. He was also a member of the Golden Eagles mini corps who won the title in 2004.

Cathy joined the Bushwackers in 1986 as a member of the color guard. While there, she and Paul met and the rest is history. Another meet and marry story that is out there in the drum corps community. In 1989 Cathy marched with the Skyliners and also competed in winter guard with Conquest. Daughter Lindsay started her drum corps adventure with the Bushwackers in 2006 as a color guard member. She then spent five seasons with the Hurricanes along with four seasons with The Cadets from 2012 until 2015. She has also been a member of Alter Ego winter guard and this season will be a dance instructor and weapon technician for the Sunrisers. Son Paulie, played trumpet through the eighth grade but did not join any drum corps.

Paul chose DCA and stated that “I am fortunate enough at my age, to be beside young members and perform an exciting and challenging show”. He also wanted to be in a corps that allows him to compete, unlike Alumni Corps. Lindsay aged out of DCI in 2015 after marching four consecutive seasons with the Cadets and chose DCA to still be involved in the activity. Lindsay stated that “I love working with those people who want to be the best they can be, and will do anything to get there”. She is hoping that one day she will be lucky enough with a DCI corps.

The Beaumonts all have a common interest/hobby that they all enjoy. It allows them to spend more time together, take more pictures, make more friends, and create more memories. Paul stated that, “I enjoy the competition, and have always loved seeing the other corps and competing against them. However, it is not about winning, it’s about working towards a common goal and strive for perfection”. Cathy said “I have always enjoyed being around any corps that my family has been involved with and supporting my husband and daughter. We are lucky to have so many great friends who we have made through this activity”. Lindsay added “I love how this activity not only teaches you discipline, hard work, responsibility, and teamwork, but also provides you with friendships and memories that will last a lifetime”.

Last August, while traveling home from a drum corps show, Cathy was involved in a horrific car accident that nearly claimed her life. Her car was struck on the driver’s side by a young man traveling eighty-eight miles per hour. The doctors at the hospital told Paul that her injuries were so severe that they were not sure what the outcome would be. Lindsay was on tour with the Cadets and wanted to come right home after hearing the news. Paul told her to finish up the season because it was finals week and that her mom would want her to do that. After awaiting surgery for eleven days in ICU, Cathy finally went in for her surgery and she made it through. From the hospital, Cathy remained in a rehab facility for about a month before returning home. It took three months in a wheelchair before she started walking again. She is thankful every day for her family, friends, and drum corps friends who got her through this difficult time.

When not doing drum corps, the Beaumonts like to travel, take cruises, visiting different baseball stadiums, and spend time together as a family. All has turned out well for the Beaumonts as we enter the 2016 drum corps season. Their story nearly had a tragic ending, but with all the thoughts and prayers from the drum corps community and friends, a silver lining came through.