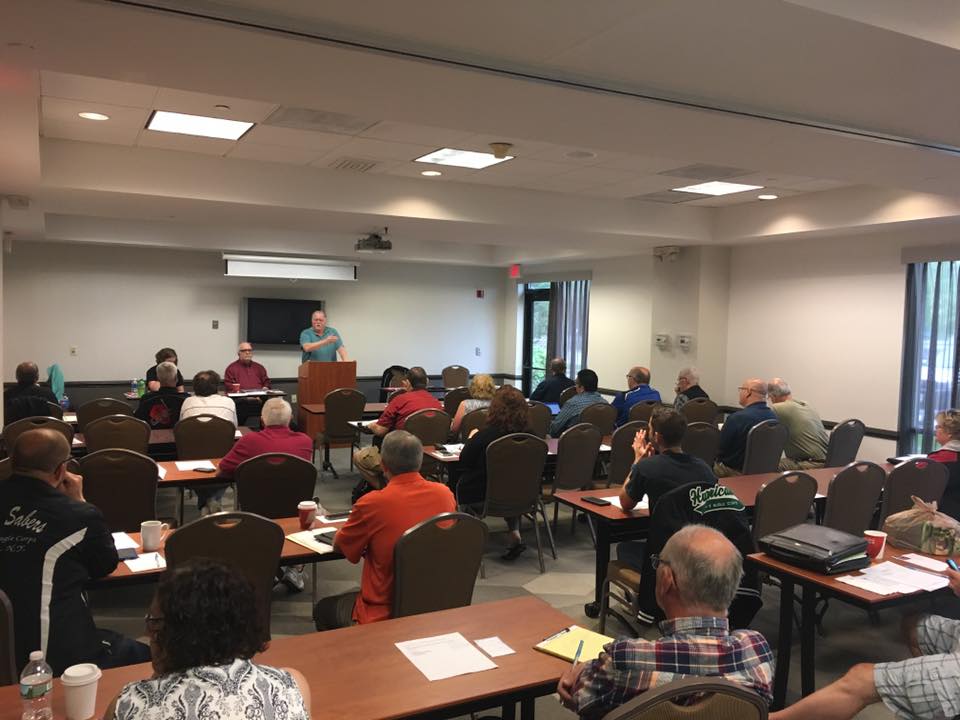 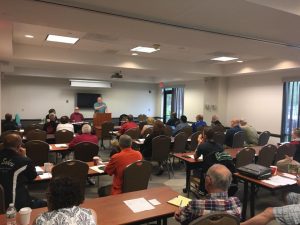 The 2017 Drum Corps Associates season got off to a great start this past weekend at the annual meeting held in Linthicum Heights, Maryland. President Allen Buell told the group that the web site is going to be updated and the show hosts will now have access for the information on their upcoming shows. Well known drum corps photographer Larry Eckert, has been named DCA Staff Photographer for the upcoming season. Treasurer John Carr reported that ticket sales for Championships in Rochester are currently running above last year at this time. Dick Fishette, Alumni Spectacular Chairman announced that there will be nine corps involved in the Sunday morning exhibition show this year. President Buell also told the group that he spent two productive days in Williamsport meeting with local committee members to discuss next year’s Championships coming to their city next year. The physical layout is progressing very nicely and all parties involved are pleased with the progress being made. The show draws were held and are now posted on the DCA web site!

The 2017 DCA season promises to be an exciting one as many exciting things are happening. Kidsgrove Scouts are returning to the United States once again this year and will be competing at the Reading Buccaneer’s show on August 26th as well as the World Championships in Rochester. DCA’s newest member, the Southern Knights, take the field for the first time on July 15th at the DCI sponsored show where they will compete against three other DCA corps. Their first all DCA show will be on August 5th in Woodstock, Georgia. The Southern Knights are also the first drum corps from Alabama to join the ranks of DCA. A show with great value for the 2017 season will be in Everett, Massachusetts on July 22nd. Three Open Class DCI corps will be competing along with five DCA corps PLUS five alumni corps in exhibition. That is a thirteen corps event and the best part is that this show is FREE ADMISSION!!

DCA also returns to Peckville, PA on Saturday evening, July 29th. This is one big lineup including 8 of DCA’s Corps in this late summer showdown!

The upcoming DCA season is in full bloom right now as all the corps are working hard on their 2017 programs. Drum corps fans are encouraged to attend a show coming to your neighborhood as they will not be disappointed in what they see.