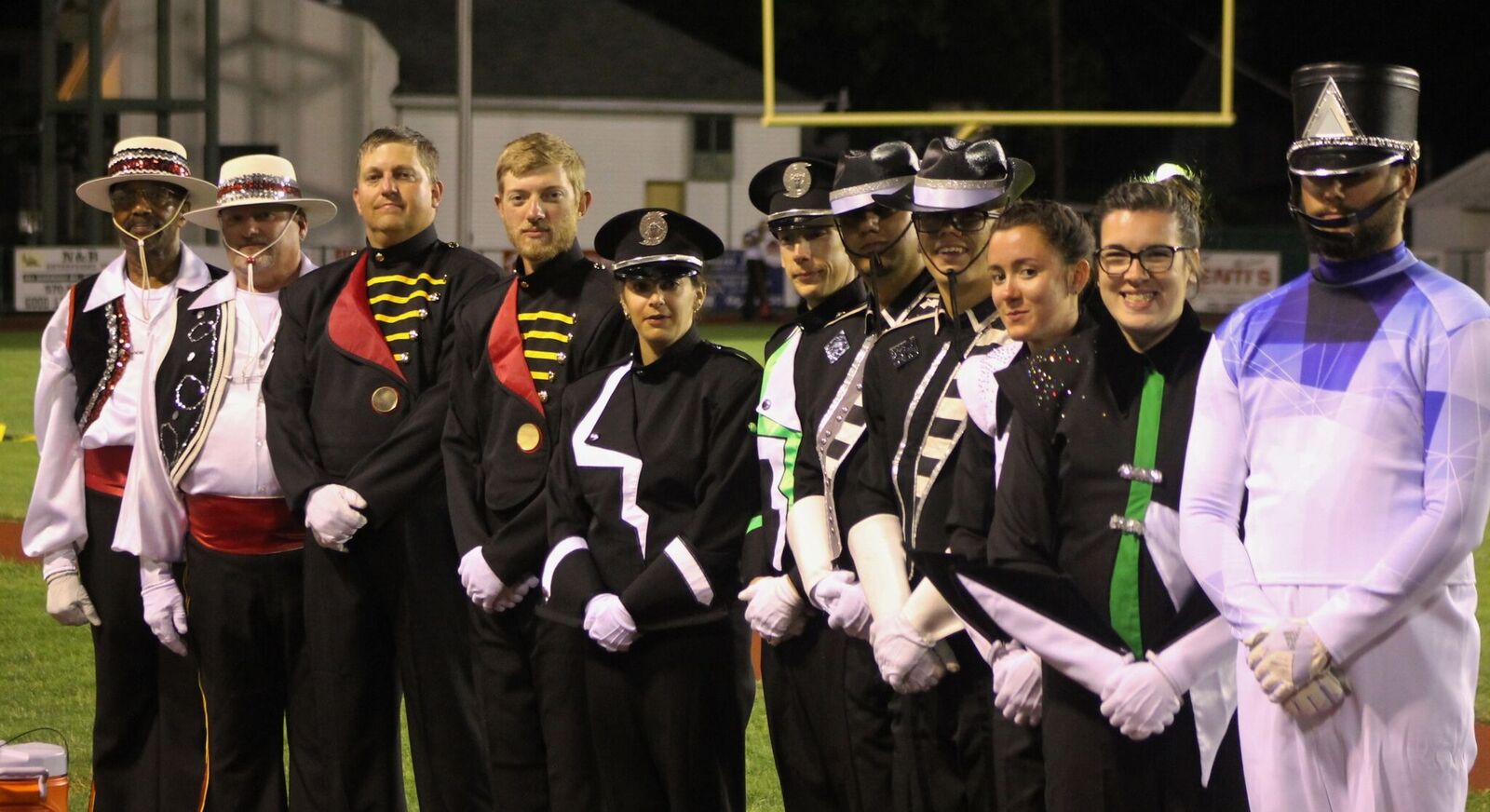 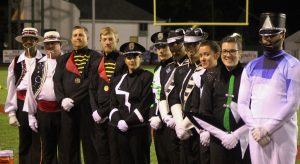 DCA kicked off its 2017 competition season in grand style Saturday evening, June 24th in West Pittston, Pennsylvania with five DCA corps battling for position plus two outstanding corps in exhibition. The White Sabers came out victorious as they hit the field extremely prepared. The new uniforms are without a doubt fan friendly with a unique light blue and white color combination. The Bushwackers are starting the season much improved in all sections and may sneak up on a few corps as the season progresses. Placing a solid second and topping the Percussion caption the Bushwackers are off to a very promising start. The Connecticut Hurricanes are small in numbers this season but still presented a fan friendly and crowd pleasing show. Matthew Piros and Cristina Garbalosa are the new Drum Majors leading the Hurricanes forward this season. Our hosts for the evening, the Skyliners, are also ahead of last season in terms of being prepared. Once the last portion of the show is in place, good things lie in store for them. The Erie Thunderbirds are off to a great start this season and tonight were the only corps competing in Class A. Their show is more demanding in drill than last year and yet remains fan friendly. They are definitely further ahead at this point of the season compared to the past few.

The Skyliner Alumni Corps are fielding a larger corps this season and gave the fans a trip down memory lane with several of their trademark tunes. As always the number “Elks Parade ” had the fans clapping in time. The Hawthorne Caballero Alumni Corps seems to be snake bitten as it has rained on them the past few times they have come to Pennsylvania. However, the weather did not stop them from putting on an outstanding show. All in all, this evening was a great start for the 2017 DCA season. The competition part of the show finished before the rains set in and the fans left happy. A Drum Majors only retreat also got in ahead of the upcoming weather. A huge thanks to Larry Carbonell and his staff at the Skyliners on a highly successful first competition of 2017.