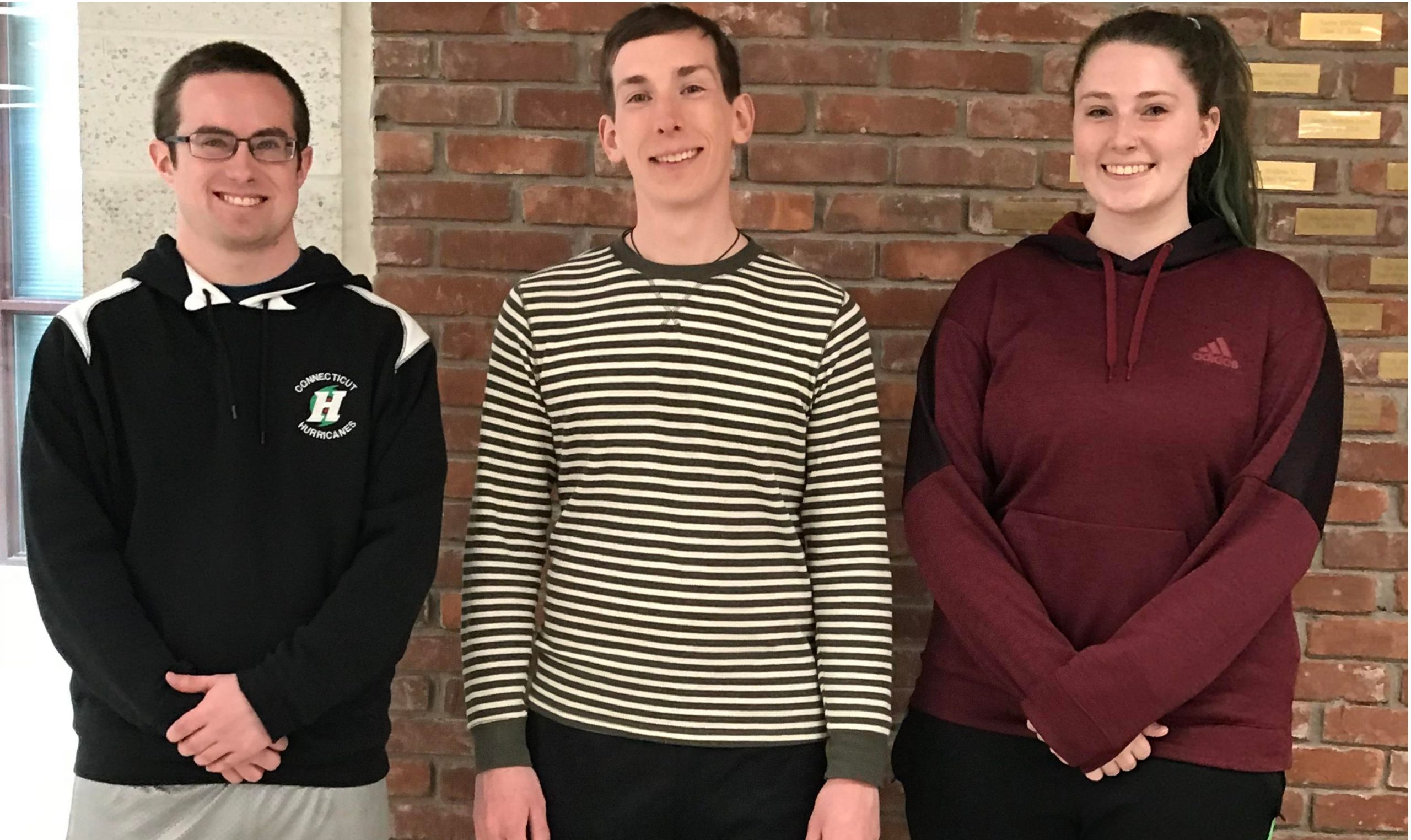 The Connecticut Hurricanes are pleased to announce their drum majors for the upcoming DCA competition season.   Matt Piros will be returning to the podium for his second season as lead drum major and will be joined by veteran corps members Jordan Marchand and Greg Ford.   This group was selected from a very talented field of applicants after completing a very intense audition process.

Matt Piros is in his sixth year as a Hurricane playing euphonium for two years and mellophone for two years before taking the podium in 2017.  Matt is an elementary school general music, choir and band teacher at Andover Elementary School in Connecticut.  His goal is to become an elementary school principal in the future.  Matt is a candidate for his sixth year diploma through the UCONN Administrator Preparation program, which is an educational leadership program designed to prepare qualified and capable school leaders for all Connecticut schools.   Matt stated “I have always felt that the passion, comradery, and hard work of the Hurricanes was just about to pay off and now is that time.   I owe it to the corps to lead them through our comeback “. This past March, Matt married Hurricane trumpet player and soloist, Leah LePere. In his spare time Matt enjoys bicycle riding.

Greg Ford is a third year member of the corps after playing trumpet for the past two seasons.   Greg earned his Bachelor’s Degree in Mechanical Engineering from Worcester Polytechnic Institution, where he served as a brass and visual technician for the WPI Band.  He’s currently an applications engineer at Ebm-Papst Inc., which is a fan and motor manufacturer in Farmington, CT.  Greg has also served as a visual instructor for the Rockville High School Marching Band.  “This drum corps has given me so much over the past three years that I have been a part of it, and I am excited to help give back to through the role of drum major ” stated Ford.   “At the end of each rehearsal, I want everyone to go home with a positive attitude.  I also want to be a role model to my peers and be a part of something that I can help flourish”.  In his spare time Greg likes to hike and go camping.

Jordan Marchand is now in her fifth year with the Hurricanes after having played baritone, mellophone and was the trombone soloist in 2017. She has also been a brass and visual instructor with the Gilbert High School Marching Band in the fall season.  Jordan is currently student teaching and will be graduating this spring with a Bachelor in Music Education from UMASS Amherst and a minor in Psychology.   Jordan stated “When I’m with the Hurricanes, there’s a sense of family, a sense of pride, and a sense of tradition that is just so powerful that it shakes you right to the core. The ideals behind this organization and all the people who are a part of it, have gotten me through some of the toughest times of my life and I am unbelievably thankful for it. Being drum major and having the platform to be able to pour my heart and soul into this corps is a huge honor, and I will be constantly working to get myself and the corps better in honor of each and every Hurricane, past, present, and future, because this organization saves lives and does unspeakable things for people.  I’ve never met a group of more loving and caring individuals, and I want to give that love back to the corps in the best way I can think of “.

The Connecticut Hurricanes are having their most successful winter camps in several years with larger numbers in all sections of the corps. With these three drum majors at the helm, returning to the top ten at DCA Championships is not out of the question!