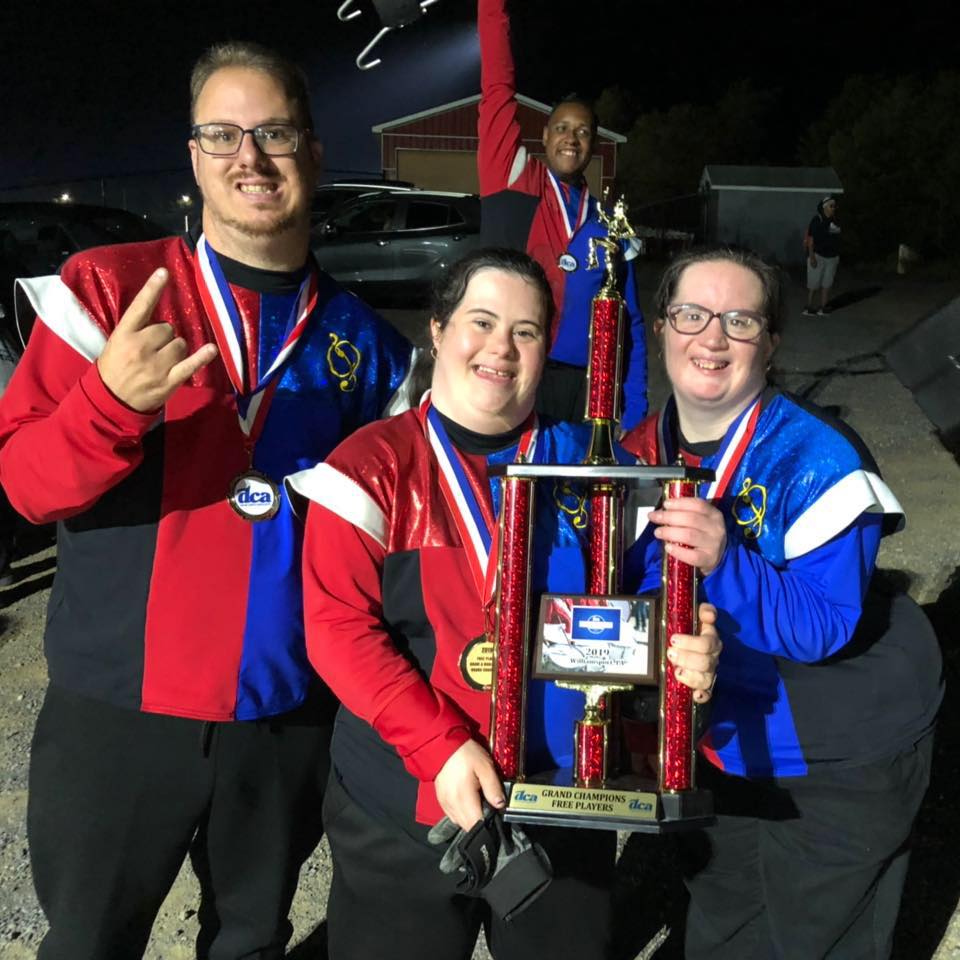 As we put 2019 to bed we have yet again seen the Reading Buccaneers dominate and take home the title.   The 2019 show was brilliantly written and worked in all ways.   Carolina Gold brought the Class A traveling trophy back to Williamsport from last year’s win just to pack it up and take it back to Raleigh!  They too left the audience happy with their beautiful championship performance.

The weekend kicked off with the fan favorite Friday evening I & E show along with the mini corps competition.  Thousands made their way to downtown Williamsport to see old friends & make new ones.  The Hawthorne Caballeros did a standstill in the middle of the street and made it clear that Drum Corps had arrived in Williamsport!

The weekend was a challenge as the local organizing committee along with EMS, Williamsport Fire, Williamsport Police and the DCA Executive team had to make the difficult decision to make an adjustment to the weekend schedule.   Sunday’s forecast was not looking good at all so the decision was made to play it safe and move the finals show to Saturday night.  In the end it all worked out and the weather was perfect for the double show on Saturday.   When you need to communicate to thousands of people you can’t wait till the last minute and that is why the decision was made at the start of the weekend.

We can’t wrap up the championship weekend without making mention of DCA’s Grand Champions the Free Players Drum Corps.   This was one of the most beautiful moments of the weekend as they took the field at the finale of the finals show.   With the stands packed from one side of the stadium to the other the fans and competing corps witnessed greatness.  These beautiful human beings came to perform their hearts out and that’s just what they did!!   Brian Calhoun, Founder & Director of the Free Players told DCA:
“The FREE Players Drum & Bugle Corps experience at DCA was magical!  We had an amazing time competing at I&E/Mini Corps on Friday night, Alumni Spectacular on Sunday and the highlight of our trip was Championships Finals Saturday night.  To be crowned DCA Grand Champions was one of the biggest honors in our Corps entire 10 year history.  We hope we inspired people to chase their dreams and never set limitations, to be “Boundless”    The audience was blown away by the Free Players and all left with a lifelong memory and all we can say is THANK YOU!!    Know that the Free Players will always and forever be a part of the DCA family!

Enjoy the fall marching band season and then on to the Indoor season.   Best to everyone!