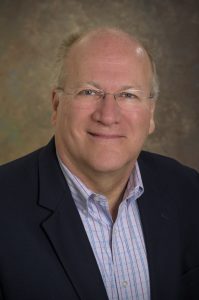 Are the judges in the marching arts the good guys or the bad guys?  Your view can depend on the outcome of shows and the placement of your favorite group.

The DCA judging system is much different from systems in other arenas.  Since 2010, DCA has emphasized entertainment in every judging area. There are no pure analysis captions or sub-cations in the system.  Each judge must consider how each component of the program and performance contributes to the entertainment value of the program.

How well the corps communicates and engages the audience is a specific consideration for the music effect and the visual effect judges. This unique feature has led to corps planning programs to reach the DCA audience. The judge is required to look at what the performers are doing, what they are playing, and how well they are performing.  Then, the judge must consider how the program connects with the audience.  The show must be easily understood by the average DCA fan.

When the DCA Directors considered a new system at the 2009 Rules Congress, there was an interest in matching how shows were judged with the DCA philosophy.  That philosophy statement says that corps “should be entertaining, unique, emotional, diverse, vibrant, spirited and energetic without sacrificing the highest level of quality.” Further, it says that, “competition outcomes must reflect audience appreciation and provide participant gratification.”

The judging administration worked with corps’ staff representatives to develop the new system. The focus was on the audience. The creation of the sub-caption on the effect sheets to judge communication and engagement with the audience was a new and different idea. Extensive professional development has been provided to the judges, as the system has requirements different from judging structures in other activities. DCA judges say that it is refreshing to judge in DCA because they can focus on how the overall show works, and not be overly analytical.

In DCA, program designers have to consider that each judge is asked to be more emotional and less intellectual or analytical. If the show concept has to be explained to any audience member or a judge, the concept should be reconsidered. One judging slogan is, “If it’s boring, it’s not scoring.”

While DCA judges are not permitted to talk about their scoring outside the post-contest meeting with corps’ staff, fans are welcome to seek out a judge administrator to learn more.  They will be happy to talk about the DCA judging system and how to better understand it.

DCA hopes to provide the audience with an entertaining experience. The corps’ directors and staff members have embraced the idea of developing shows that will draw fans and encourage them to attend future shows and spread the word that DCA shows are fun for the entire family.