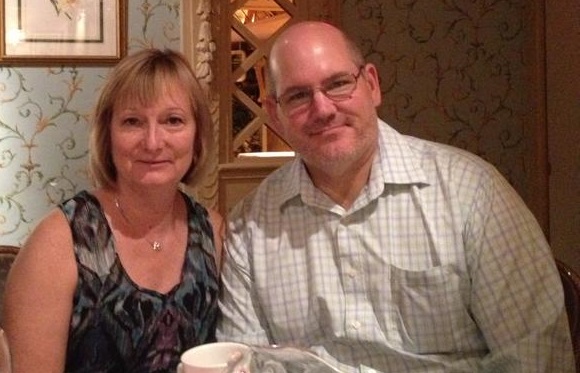 We are all familiar with famous couples throughout our lives. Bill and Hillary Clinton, Desi Arnaz and Lucille Ball, Joe DiMaggio and Marilyn Monroe to name a few. Drum Corps Associates has a couple on its staff who are vital to the daily operations of the organization and to maintain its success. Although not as famous as the couples I first mentioned, Lois and Lou Tierno are an important part of the DCA team.

Lois started her drum corps career in 1980 with the Archer-Epler Musketeers as a member of the color guard from 1980 until 1984. In 1985, Lois joined the Reading Buccaneers as a member of the color guard and marched through the 1986 season. 1987, saw Lois join the administrative staff and she held various positions such as secretary, treasurer, support staff coordinator and helped in other areas of the corps. In 2013, she was named the Class A coordinator for DCA and again in 2014 when the position was eliminated.

Lois has many memorable moments in her drum corps career with the lowest being the year that the Buccaneers did not make DCA finals. The proudest memory was all the years in between with Bucs members who refused to give up and a Director, Jim Gruber, who was determined to bring the corps back. Her most memorable moment was the 2005 Wildwood, N.J. show when the door opened and the new look of the Buccaneers was unveiled and they knew that season would be special. That show started a winning streak by the Buccaneers that is still unmatched to this day.

Her message to the fans of DCA is simple. Every corps is important to our activity, from the smallest to the biggest, never give up, and remember why you do the activity. Winning is fun but spending a lifetime with friends far surpasses a trophy. “I’ve spent a lifetime in the activity and wouldn’t trade any of it.”

Currently, Lois is the Public Relations Director for Drum Corps Associates and I am very proud to be a member of her team. When not doing drum corps, Lois enjoys reading all kinds of books, novels, fiction, and non-fiction. She also loves living in her house after so many years of traveling every weekend with a drum corps.

Lou Tierno’s story began in 1980 as his father had been in drum corps for many years and he had told Lou stories of his drum corps days (pre WWII) with the Imhof Thunderbirds from Philadelphia. In 1979, he re-acquainted with drum corps and had joined the Archer-Epler Musketeers. In 1980, at the age of 16, Lou joined the corps as a member of the soprano line until 1984. 1985 saw Lou join the Reading Buccaneers as a member of the horn line playing soprano and then mellophone. He also served as Business Manager for the corps in 1993 until 1995 while taking off the 1996 campaign.

Lou came back in 1997 has a member of the mellophone line while also serving as Business Manager in 1997 and 1998. His value to the corps was noticed by the Bucs as he became the Assistant Director from 1999 through 2011. His most memorable moment was after doing so many years in drum corps, to finally win a championship in 2005.

His message to the fans is that drum corps is an opportunity to become part of something that is much bigger than yourself. He has made many friends in drum corps that he will have for the remainder of his life as he met his wife, Lois, in the drum corps activity as well. Lou was named the Assistant to the Treasurer in December of 2013 and became Treasurer in September of 2014 after the untimely passing of DCA legend Red Corso.

The story of Lois and Lou Tierno is just one of many such stories that are out there in our drum corps activity. A valuable part for our success is family members staying together, enjoying what they do together, and bonding with friends old and new every step of the way.