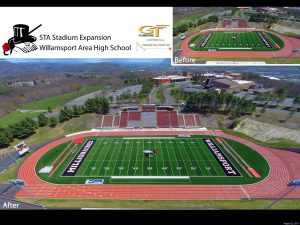 Drum Corps Associates held its annual winter meeting in Williamsport, Pennsylvania over the first weekend in December as Williamsport will play host to the 2018 and 2019 DCA World Championships. For the first time in DCA history, Pat Bocker was the first female ever elected to sit in the Vice President’s chair. Pat takes over the position as former VP Glen Johnson did not seek reelection. Pat has a long history of drum corps involvement including marching, teaching, holding administrative roles and serving on a drum corps board. Allen Buell remains in office as President, John Carr remains as Treasurer and Amber Roeker stays on as Secretary. DCA would like to thank Glen Johnson for his years of service and wishes him the best of luck in the future.
In other news, John Carr reported that there were an excellent number of subscribers to Flo Marching for this seasons broadcast of prelims and finals. Speaking of Prelims and Finals, one change for this upcoming season is that the preliminary contest will start at 4 p.m which will benefit the corps with more rehearsal time and give the sun a chance to set a bit quicker. The 2018 tentative competition schedule was discussed and will be released as soon as it is finalized. 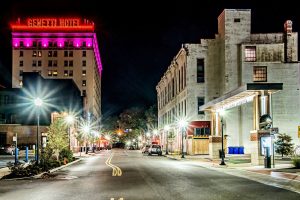 After the meeting was over, the directors and staff members were given a bus tour of Williamsport starting with the route the corps trucks and buses will take to the stadium. Todd Kendall, band director at Williamsport High School, was our host for a tour of the stadium and grounds. The expansion of seating at the stadium will begin in the spring and will increase the seating capacity from four thousand to six thousand seats. The Little League World Series will be in Williamsport two weeks before DCA rolls into town and it was announced that the White Sabers will be leading the annual parade! This event draws an audience of close to 40,000 and has national television coverage. We are very excited about this amazing visibility for drum corps! 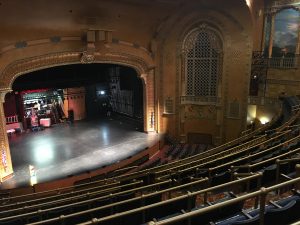 Dick Fischette, Chairman of the I&E contest, gave the members a tour of the downtown venues to be used. Drum corps fans will fall in love with the Community Arts Center which will be used for the visuals and mini corps competition. The center dates back to 1928 and the artwork and design are definitely a must see! There is a large balcony upstairs and plenty of seating for everyone. A twenty-four foot Christmas tree in the lobby greeted the directors as general manager Dana Evans said that it was a major chore just to get the tree inside. The I&E venue is somewhat similar to Allentown with many shops and restaurants for you to choose from as well as hotels all within walking distance. The Genetti Hotel located in the heart of downtown will serve as DCA headquarters for the weekend. 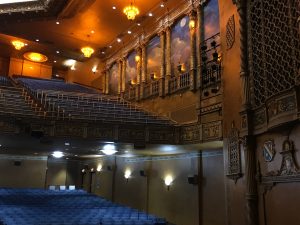 On Friday night, the directors and staffs participated in a meet and greet with local and county officials. The event was held at the Lycoming County Visitors Bureau where city and county officials got to mingle with DCA personnel and answered any questions they may have. Many of the directors and staff got to meet Paul Riddell the corps manager from Cadence which is located in Surrey County thirteen miles south of London, England. Cadence will be competing in Class A at DCA prelims. The corps first started in 1991 and were the DCUK champions in 1999. Drum Corps Associates is proud to welcome Cadence to the ranks of DCA. President Allen Buell has worked long and hard in bringing the DCA World Championships to Williamsport. The city of Williamsport is extremely excited to have DCA coming to their city over Labor Day weekend and have gone out of their way to make us feel welcome. “It’s a new day for DCA….. New city, new stadium, new administration, and many new changes. The future looks good!” said Buell.

Tickets for the 2018 DCA Championships are on sale now and available on the website at http://www.dcacorps.org